Comply with the workplace rights and wage laws that protect employees. 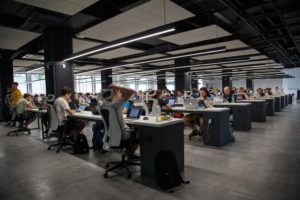 The law protects employees from workplace discrimination, harassment, and retaliation. Federal, state, and local laws also ensure full and timely payment of your wages and provide other safeguards relating to employment.

How we help employers

We counsel employers on workplace rights to help them comply with the law and create a culture that will let their workers and business thrive. We review and draft new employment agreements, stand-alone agreements, or separation and release agreements, to minimize the risk of dispute and protect your company from allegations of misconduct.

If a dispute as to workplace rights arises, we attempt to resolve the issue informally with minimal cost and disruption. If formal proceedings are initiated, we can represent employers in litigation in state and federal courts in Virginia, Maryland, and the District of Columbia, or in mediation, arbitration, and agency proceedings.

How we help employees

We work with employees who are reviewing new employment agreements, stand-alone agreements, or separation and release agreements, to ensure they are being treated fairly under the law and receiving the benefits to which they are entitled. We discuss and analyze the circumstances of your employment and termination (whether voluntary or involuntary), and determine what potential claims may exist. We can then negotiate with employers to obtain fair terms and compensation.

If you are not satisfied with the negotiated terms, we can advise you as to your options for litigation, arbitration, mediation, and agency proceedings. We aggressively advocate for our clients in state and federal courts in Virginia, Maryland, and the District of Columbia, and in mediation, arbitration, and agency proceedings.

Protections at many levels

Some of these important federal statutes include:

In addition to federal statutes, state and local laws provide further (and sometimes greater) workplace protections. For example, the District of Columbia Human Rights Act and the Virginia Human Rights Act prohibit discrimination based on an employee’s membership in a variety of protected classes. The Maryland Commission on Civil Rights enforces Maryland’s laws against discrimination in employment.

Many cities and counties also have human rights laws, and commissions to enforce those laws, including: